WAT SUKHOTHAI TRAIMIT, BANGKOK, THAILAND – Since were were only spending two full days in Bangkok, we were determined to see as much of the city as possible. Our day began at 9AM with us meeting our tour guide. We all piled into the van and headed off into the city.

As we pulled out on the street in front of our hotel, we quickly realized that we had made a great decision in choosing a tour guide. Traffic in Bangkok is a nightmare. It took us about an hour to make it into the downtown Bangkok, when it should have only taken a half hour. Traffic is stop and go and it doesn’t help that there are people on scooters weaving in and out of all of the cars.

Side view of Wat Sukhothai Traimit 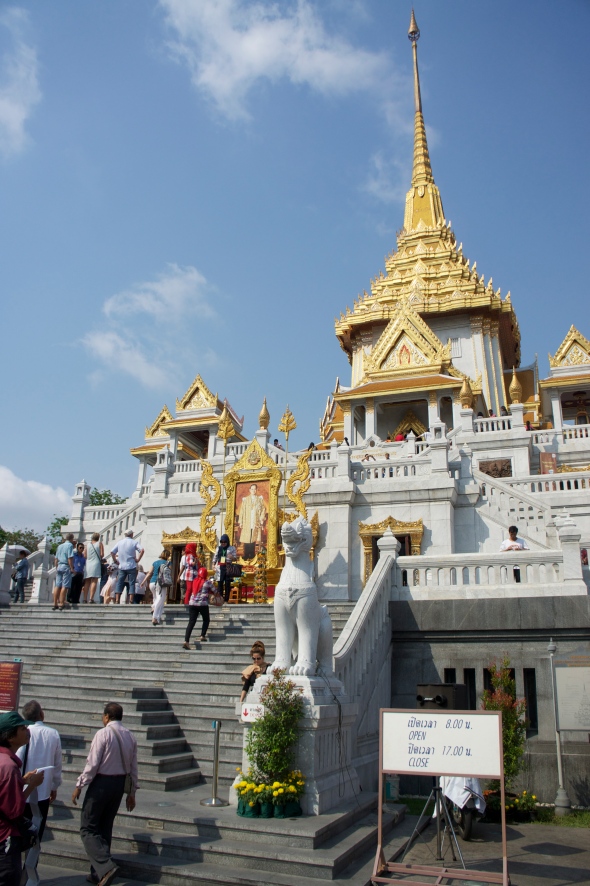 There is a different Buddha for each day to the week