WESTERN MARKET, SHEUNG WAN, Hong Kong, SAR, China – For people living in Hong Kong, one of the first things that is noticeable is the lack in the variety of beer. Everywhere you go in Hong Kong, no matter what bar or club, most places serve the same standard fare of beers. These range from Carlsberg to Heineken and also include San Miguel and Stella Artois. There are many others and occasionally you find a rare gem, but it is hard to find truly unique and well crafted beers.

This year for the first time, someone sought to change this. Their idea was Beertopia. Self described as Hong Kong’s first true beer festival, Beertopia brought together craft beer brewers and distributers from around the world. There goal was simple: introduce Hong Kong to craft beers and start a chain of events to change the face of the current beer scene in Hong Kong. Tickets came in two forms, either a regular ticket or a premium ticket. The regular ticket cost $250 HKD (approximately $31.25 USD) and you received five tasting tokens, a tasting glass, and one lucky draw raffle ticket. The premium ticket cost $300 HKD (approximately $37.5 USD) and you received the same things above, the only difference is that you got ten tasting tokens instead of five. The tokens could be used to buy drinks, gear from the various brewers and distributors or to buy food.

Over all I would say that the festival was a success and I had a great time. They had a plethora of beers, as well as, amazing food, great local bands, and beer pong. The festivities also included raffles and trivia questions. The winners of the trivia were awarded more drinking tokens or six packs of beer (I was one of them). The raffles included some great prizes such as gift certificates to some of Hong Kong’s nicest dining venues.

My personal favorites were any of the beers provided by Monteith’s Brewery, especially their Original Lager. I also enjoyed Tui beer from New Zealand and Viru beer from Estonia. The festival also had a great turn out for only being in its first year…I’m pretty sure they sold out. I only wish I was going to be here next year to see what this festival grows into. Hopefully we will start to see some excellent craft beers in the future in Hong Kong.

Here is my list of beers that I enjoyed in no particular order: 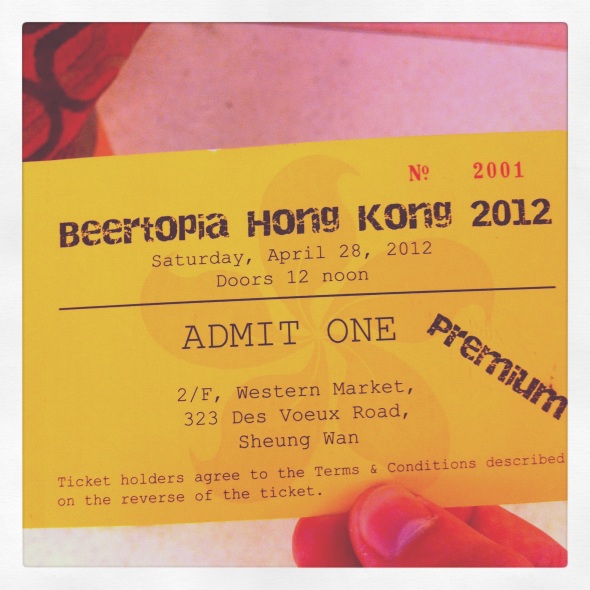 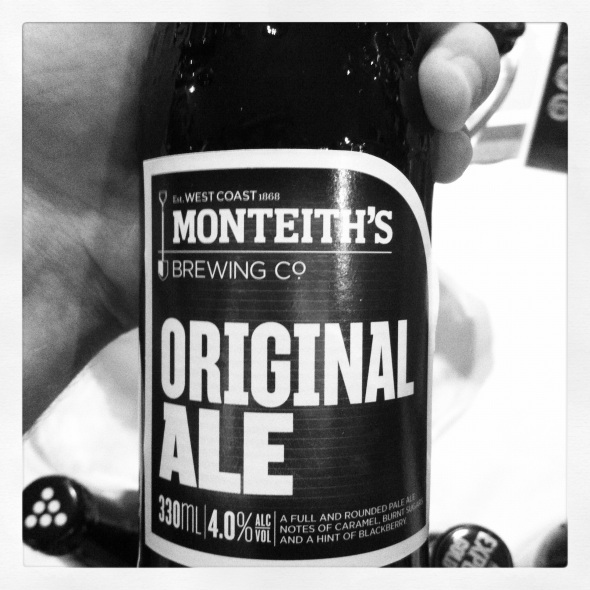 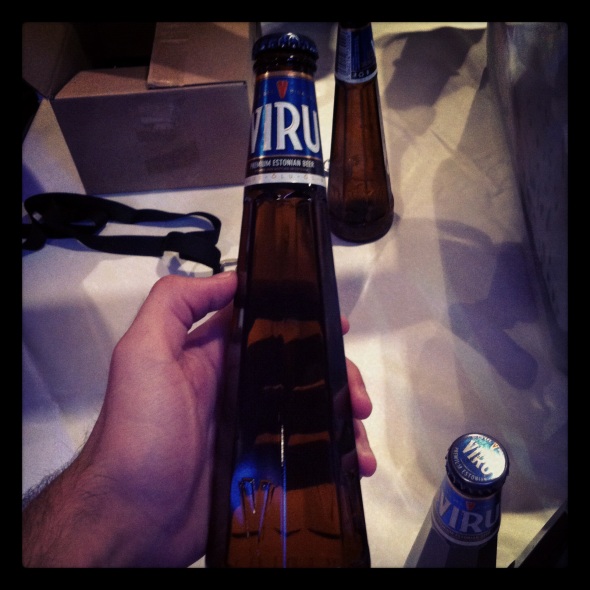 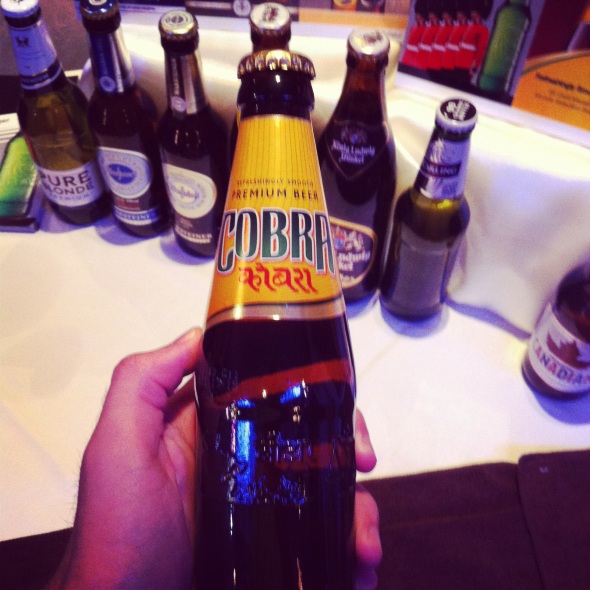 THE WISHING TREE, TAI WO, Hong Kong, SAR, China – As the Chinese New Year celebration draws to a close, one of the last sights for me to see was the wishing tree. The Wishing Tree, located in Tai Wo off of the East Rail Line on the MTR and a short bus trip, is a destination that most Chinese people travel too. As its name would suggest, the Wishing Tree is a place where people place their wishes and hopes for the new year. This is done by writing your wish on a piece of paper and tying it to an orange. The orange is then tossed in the tree. Once the orange is caught in the tree it is believed that your wish will come true for the new year.

The original wishing tree is over several hundred years old and twist high into the air. However, due to its age, people throw their wishes into a newer tree. The branches of the original tree are supported by wooden poles to strengthen the roots. Once the roots have been strengthened, the tree will be used again.

The celebration at Tai Wo was fairly large. After viewing the wishing tree and watching people attempt to throw their wishes into the tree we saw a large group of people (well over 300) sitting and eating Pun Choi to celebrate the New Year. Their entertainment was a concert of various artists. These artists ranged from classically trained singers to Chinese rappers. It was interesting to listen to this cultures take on rap, but it was no where near the same as American rap.

The final part of the Tai Wo venue was the wishing pond, which consisted of a man made square pond. People placed flowers with floating candles on the pond to again, symbolize their wishes. These flowed around the pond unending. 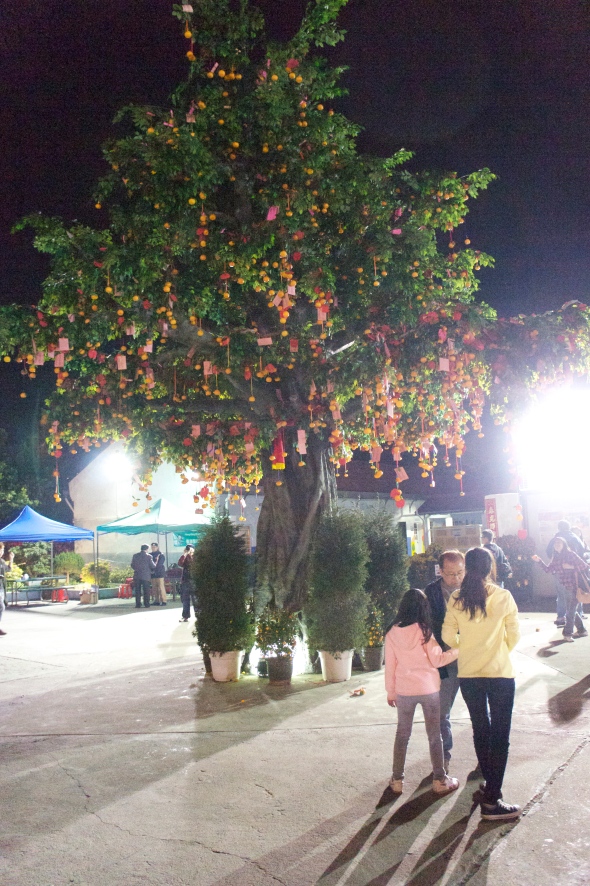 TEMPLE STREET NIGHT MARKET, MONG KOK, Hong Kong, SAR, China – The first week of classes are over, so its time to experience true Hong Kong culture, by touring around with a local. Our first stop is the Temple Street Market. As its name would suggest, the night market comes out at night. The streets are lined with local restaurants selling unique Hong Kong style food and hawking various goods. Some unique gifts can be found here such as a first edition little red book, once owned by Mao Zedong’s followers.

However, aside from the hawkers, our destination was a small restaurant that sells snake soup, a delicacy in Hong Kong. It is also only available during the winter. At first thought this dish may sound disgusting, however, it was delicious. It taste like chicken.

The Beginning and Chinese New Year 2012

TSIM SHA TSUI, Hong Kong, SAR, China – So this marks the first week of my study abroad experience. I am again studying abroad at Lingnan University, this time for a semester. I am away from home for the next four and a half months and I am joined by over one hundred other international students. For most students, a semester abroad is to travel to a place you have never been before and full of new experiences. For me this will be different since I have been to Hong Kong before, my challenge is to find what else this country has to offer.

The first week was full of unforgettable experiences in which we have taken the chance to step outside our comfort zone and get to know one another. The most interesting part about being in Hong Kong, let alone in Asia, in the middle of January was the chance to experience the Chinese New Year. Unlike the New Year that every country celebrates on December 31st, the Chinese New Year follows a lunar schedule. This year marked the beginning of the Year of the Dragon. In total the Chinese New Year lasts fifteen days. A majority of the holiday is family oriented with business and government offices closing, this made finding a good meal occasionally tough, but some business remained opened and charged a 20% service charge (usually 10%)  for food.

Year of the Dragon

While the Chinese New Year is a family oriented holiday, there were many exciting festivities. One of these festivities was the Cathay Pacific New Years parade. This was mainly one big advertisement for the Hong Kong Tourism Board and for Cathay Pacific, however, it was neat to see representatives from nations all over the world.

Butterfly from the Netherlands

One of the organized trips through Lingnan University that exchange students were given the chance to participate in, was the consumption of Pun Choi. Pun Choi is a traditional New Years feast usually consumed by most families. Traditionally it was consumed only by the men of a family, however, as the time progressed with tradition was opened up to women. Pun Choi consists of a large bowl and each member of the family picks a type of meat that they want included in the bowl. The meat is then placed in layers and served with rice. After the dinner, we were all taken to the flower market. The flower market is again only open during the New Year’s holiday. The flower market, as its name would suggests, sells a variety of flowers and orange trees. It also sells a bunch of junk toys.

The main highlight of the New Years celebration was the fireworks over Victoria Harbor. I was told that these fireworks are on of the eight new wonders of the world and are only visible once a year. They were spectacular. 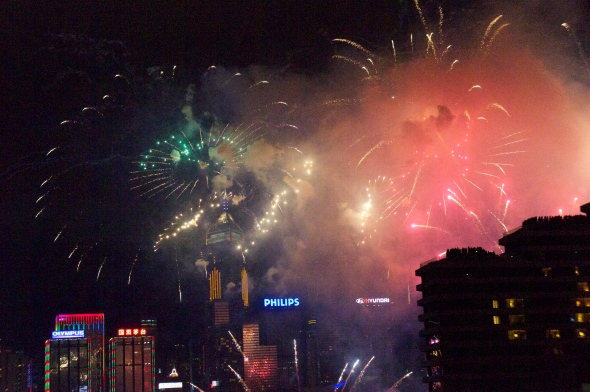 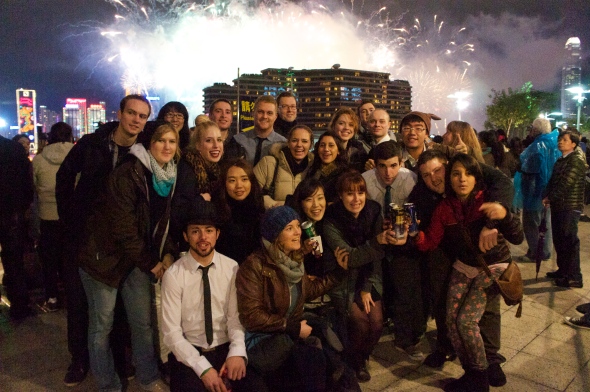 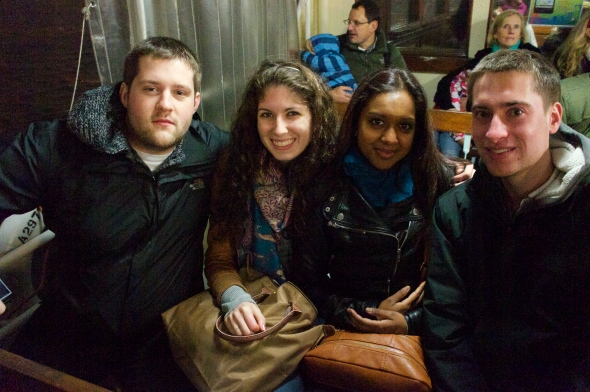 On the Star Ferry